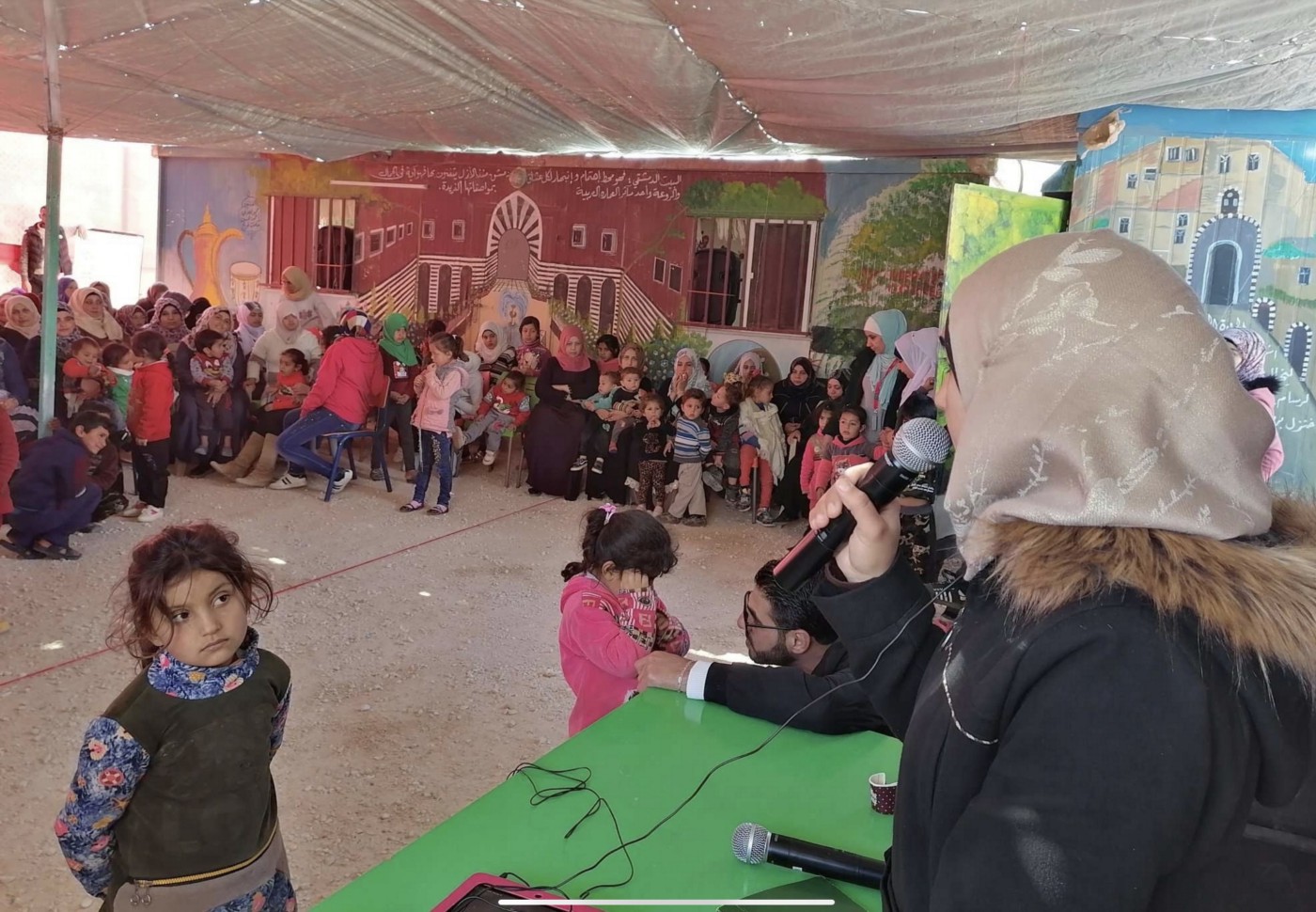 I don’t know what to tell you. I don’t know how to write this. To be frank, I don’t even know if I should. What can one say after ten years of violence, forced displacement, and injustice in Syria?

I feel I am having trouble keeping my balance today as the thousands of Syrian stories and voices I’ve absorbed over the years still are looking for a home…still asking to be seen — ten years on.

I feel ashamed. Because how the hell can I feel this fatigue when our Syrian brothers and sisters are still standing, still waiting, still holding each other, and fearlessly holding up our humanity in the face of the void of injustice and suffering?

This month, at the ten year mark of the Syrian conflict, I find myself asking, ‘at what point does resilience sustain and normalize injustice and pain?’. I also find myself asking the uncomfortable question of ‘does any of this work and effort matter anymore? Are we hurting more than helping?’.

In over 5 years of working with Syrian communities in the Middle East, I have been gifted hand- made bracelets weaved by Syrian youth and women who wanted to show gratitude during our work together. I am holding these threads tight in my hands today.

One bracelet was given to me 5 years ago by a Syrian girl living as a refugee in Turkey. I rub the coarse fabric between my fingers like prayer beads in the hopes it can teleport me to a time and place where I could see where she is now, and how she is coping, and what has changed. But it has been ten years, and it’s maddening to think nothing has changed.

Each and every one of us is born as a living and breathing story authored by the choices we make as we grow. But for tens of millions of people, including many Syrians, they have been robbed of this human right, and pillar of health: communication. Their choices have been forcibly displaced and silenced, and the world conditions them to live as consequences.

My mind grows uncomfortably quiet. I am unable to see and feel because the weaver of the bracelet I am holding on to today is just one of thousands of people I’ve worked with who for ten years has been living their lives as a series of consequences to our world’s failures.

We all will read and may say in a passing moment, ‘What a shame.’, or ‘Wow, it’s been 10 years.’ The media and aid organizations will lazily retreat to a pattern of posting stories about a generation of children growing up as refugees, and ask them a cheap question about what they want to be when they grow up. Then the organizations will ask for money for themselves.

Media personalities will talk about resilience, and interview experts about what the needs of Syrians are, without having any Syrians on their programs to answer the questions and share ideas from their own mouths.

Lots of things will be said at this ten year mark. The most tragic of consequences from all of this is that we may be living in a world that normalizes injustice and trauma to the point where ‘resilience’ becomes a mask to endlessly endure injustice, and threats to wellbeing.

For ten years our heroes in Syria, and those displaced outside of Syria, have been resilient. More than 6 million are internally displaced, with two-thirds being women and children. More than 5.5 million remain displaced across surrounding countries like Jordan, Turkey, and Lebanon, where me and my teams have been running our #MeWeSyria programs since 2015.

I’ll try and boil down my mess of emotion today to a few points.

Our world is failing the people of Syria, but Syrians are not failing our world

In looking at the English definitions of ‘resilience’, one will find terms like ‘elasticity’, ‘mental toughness’, and ‘process of adapting to disruptions’. These are words in a dictionary.

Once can even see a graph that depicts the increased usage of the word ‘resilience’ from 1800–2019.

Resilience is something I have felt, touched, and witnessed firsthand from Syrian mothers, children, and community facilitators in Jordan, Lebanon, Turkey, and Germany. The Syrians we are honored to serve with #MeWeSyria fight to maintain self-awareness, and every day they take action in any little way they can.

Because of the 60+ Syrian community facilitators in our family, more than 4,000 Syrian youth and caregivers have accessed spaces and programs to grow their communications skills, repair relationships, and build communal spaces for healing, agency, and perspective-taking. Even with a global pandemic introducing refugee camp lockdowns in Jordan, and economic instabilities for urban refugees in Turkey and Lebanon, our Syrian heroes pivoted to maintain community programs over their mobile phones for hundreds of Syrian youth, from Zaatari refugee camp in Jordan, to Kilis in Turkey, to Beirut, Lebanon.

Today we honor our Syrian heroes: the mothers, the fathers, the girls, young men, and boys who despite a world failing them, they continue to not fail our world. How do I know? Because when the cameras are not there to arrest them in a narrative of helplessness, these Syrian heroes are leading, innovating, learning.

It has to be said as well that resilience — for the holder of it — is only part of the overall equation. What about the people and networks and political-economic systems surrounding the carriers of resilience? What about me and you? Where do we stand in our responsibility, awareness, action, and endurance to those demonstrating resilience? After ten years of ‘building resilience for Syrian survivors and refugees’, are we not dangerously closer to being complicit in normalizing the consequences of war, injustice, and inequality?

For the next ten years, I cannot suggest we give up on resilience, but at the same time, we must guard against a type of resilience that absolves us and our social systems of accountability, and blankets injustice with normalization.

There is another aspect to this which is: ‘why should you care about Syria 10 years on?’.

Syria has been a masterclass in learning just how much culture, the media, and political systems are willing to accept when it comes to human rights violations, discrimination, and forced displacement.

Do we not see the parallels between years of divisive political and sectarian messaging in Arab dictatorships; and the recent polarizing rhetoric and weaponization of stories and news increasing violence here in the United States?

On this bizarre ten year milestone of the war in Syria, I wanted to recommit my organization’s gratitude and unending faith in the everyday Syrian heroes we are working with in Zaatari and Azraq refugee camps in Jordan, in Kilis and Gaziantep in Turkey, in Lebanon, and other areas.

As I have written about before — whether it’s war, injustice, or the COVID19 pandemic, all three attack and attempt to weaponize communication and the power of words. All three attempt to destroy communities by de-storying the ideas, perspectives, and words of the individual.

#MeWeIntl will invest more and push more to ensure that inequality and hate no longer lives in language, and that the underrepresented are able to represent themselves, and further spaces of healing and agency for all.

As we continue to scale our programs, in the coming years we will be releasing more community-produced short films, books, exhibitions, and organizing more community-led gatherings across the world, especially for our #MeWeSyria communities.

Here are some Syrian-made pieces from over five years ago:

Over six years of running #MeWeSyria, we have been honored to work with and learn from peace-builders and community-builders from the following organizations, many of which are led by Syrians. Please show them your love and support however you can. 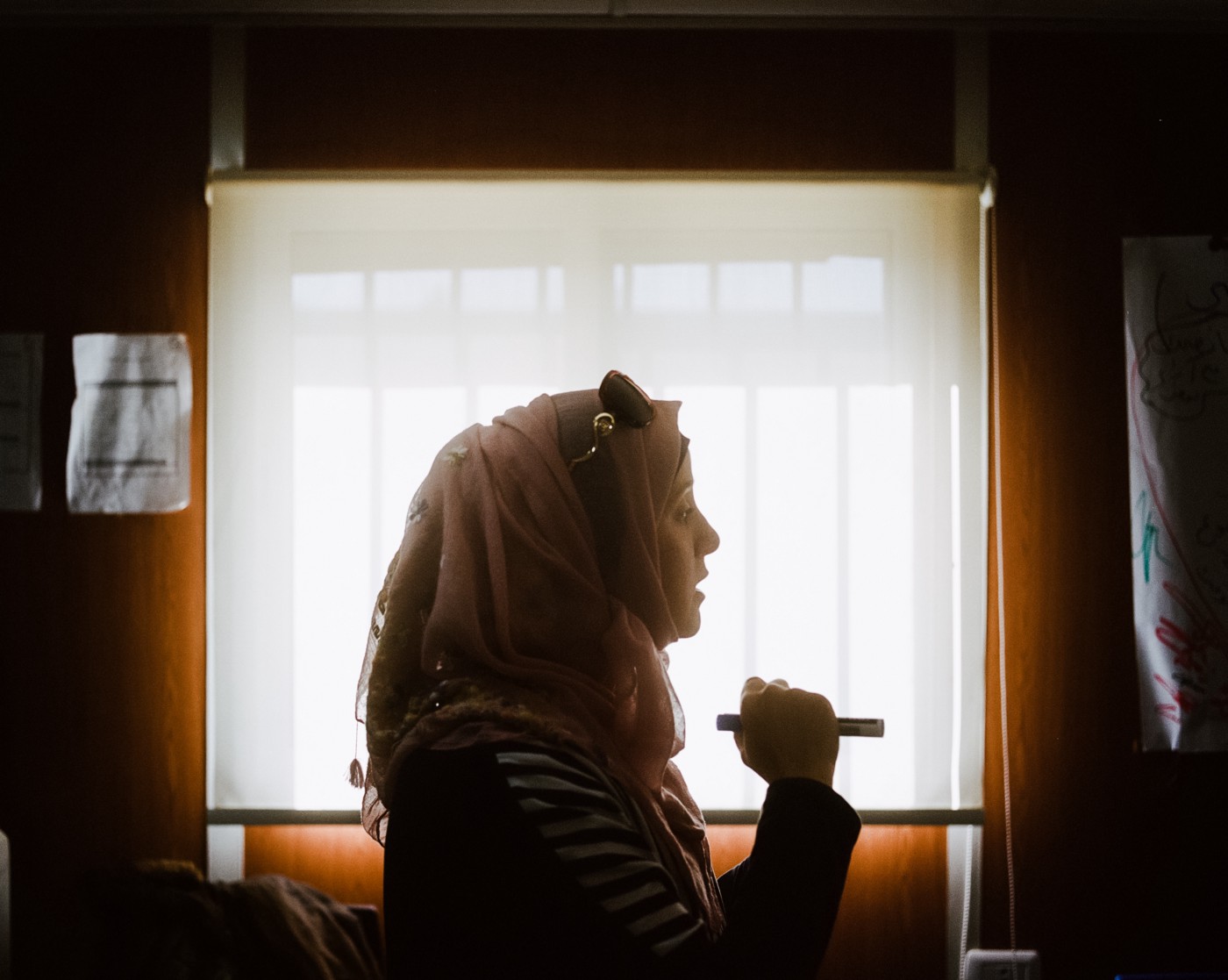 This is some text inside of a div block.
#WorldRefugeeDay Reflection and Arts Retrospective by founder and CEO of #MeWeIntl Mohsin Mohi Ud Din

This is some text inside of a div block.
This month marks 10 years of the on-going conflict in Syria. #MeWeIntl founder Mohsin Mohi Ud Din shares some reflections on #MeWeSyria... 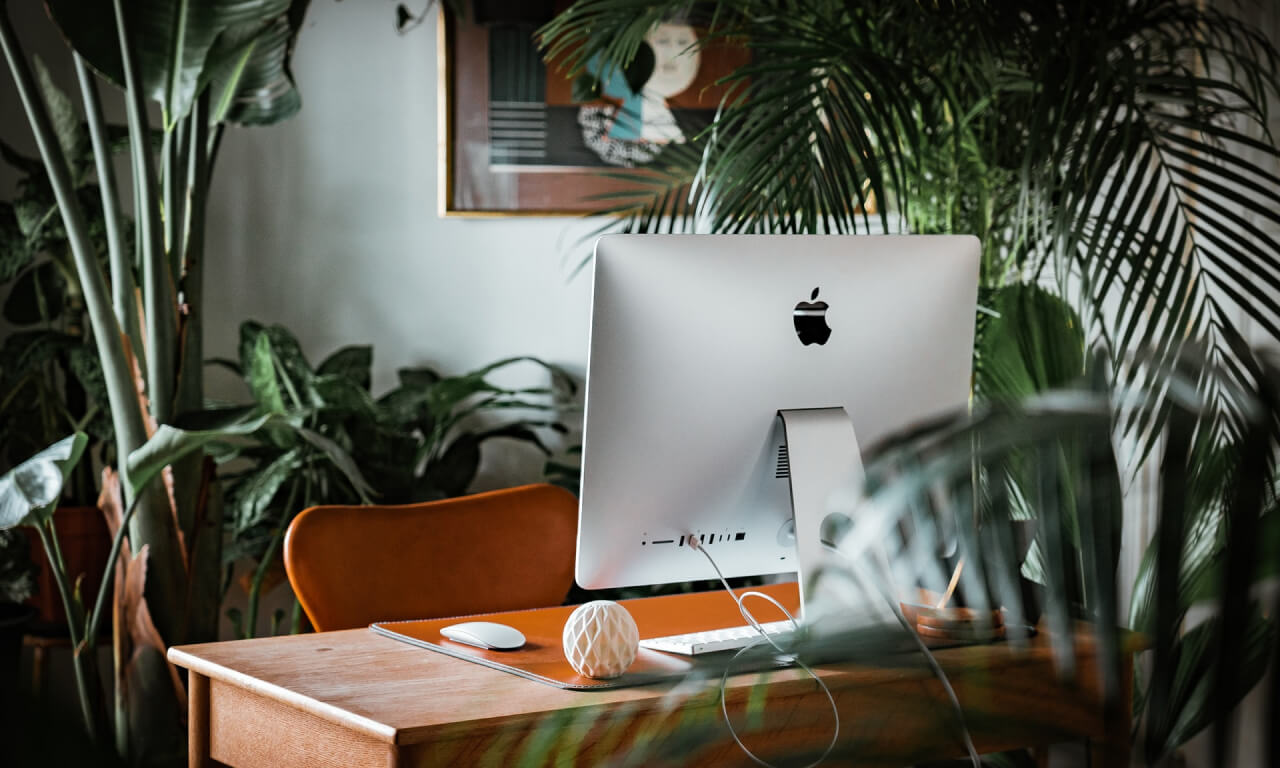 Notes from the field

This is some text inside of a div block.
#MeWe International Inc. | August 2019 — September 2020 Updates 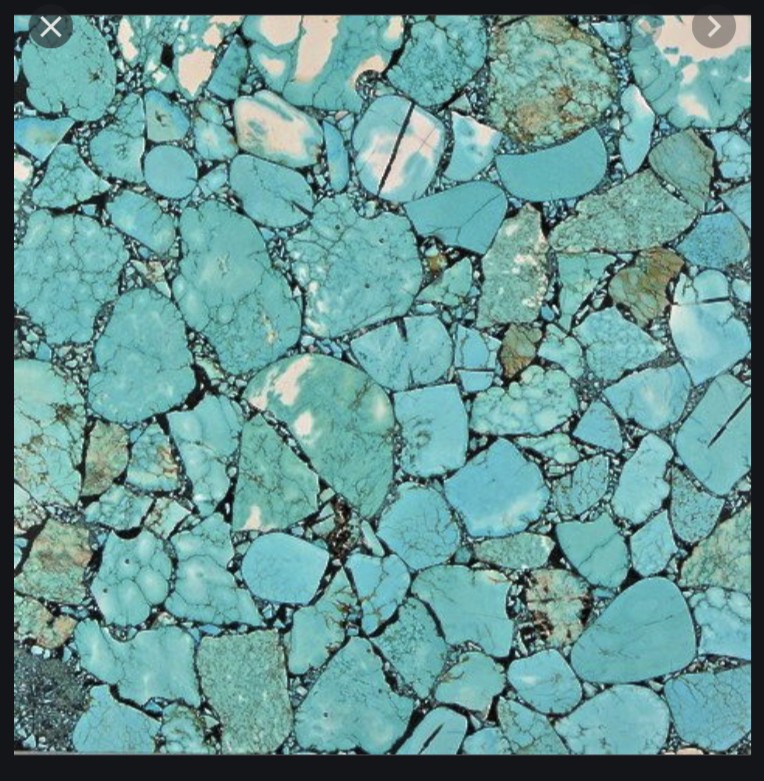 This is some text inside of a div block.
Part II: Lessons from the underground 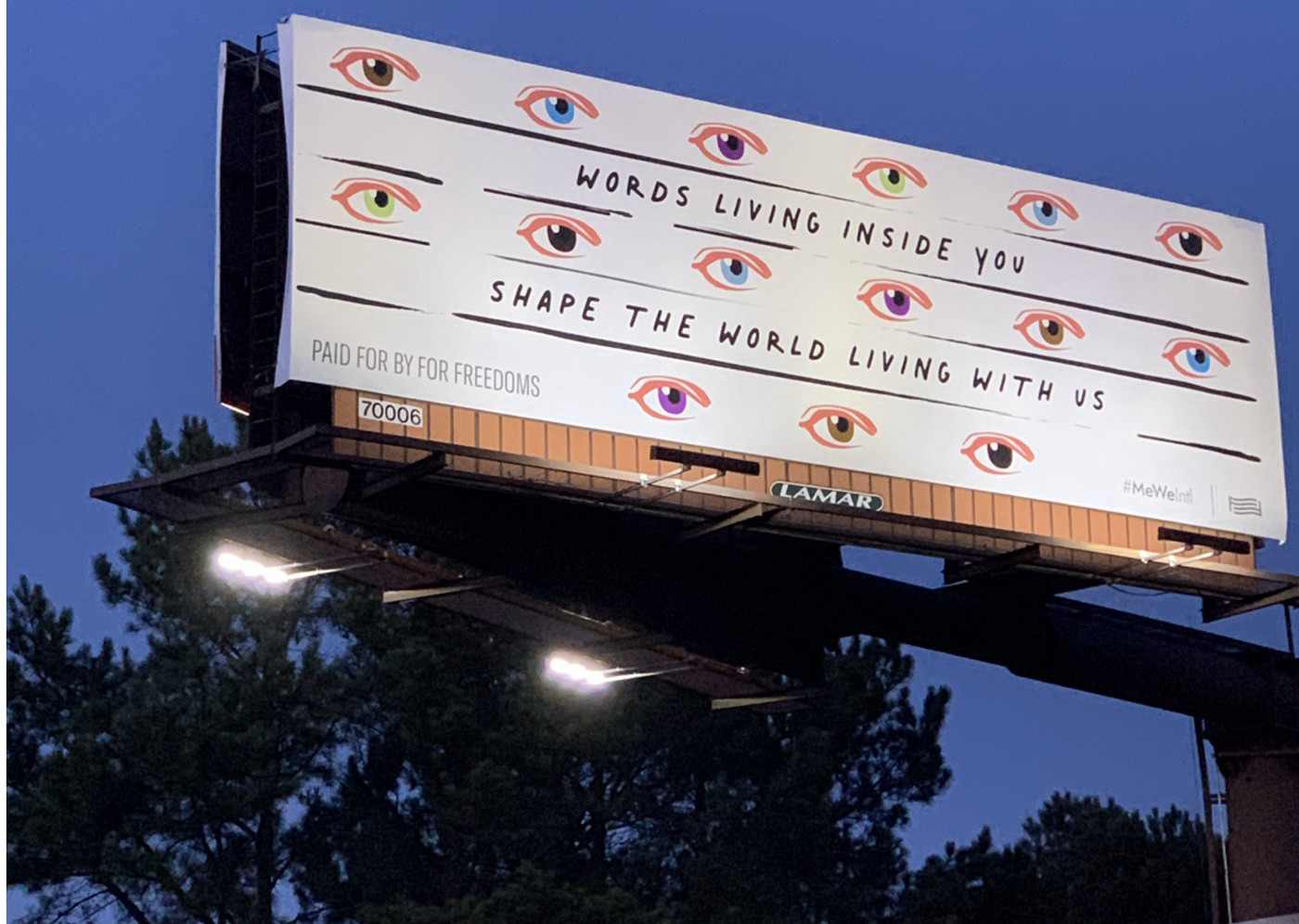 This is some text inside of a div block.
COVID in me. Fascism in us. These two bullies threaten to live within us all. As I — and millions more — fight the virus, spurring this civil war in my body, I can no longer tell the difference between COVID-19, fascism, or inequality. All three threaten to destroy one thing: our ability communicate. 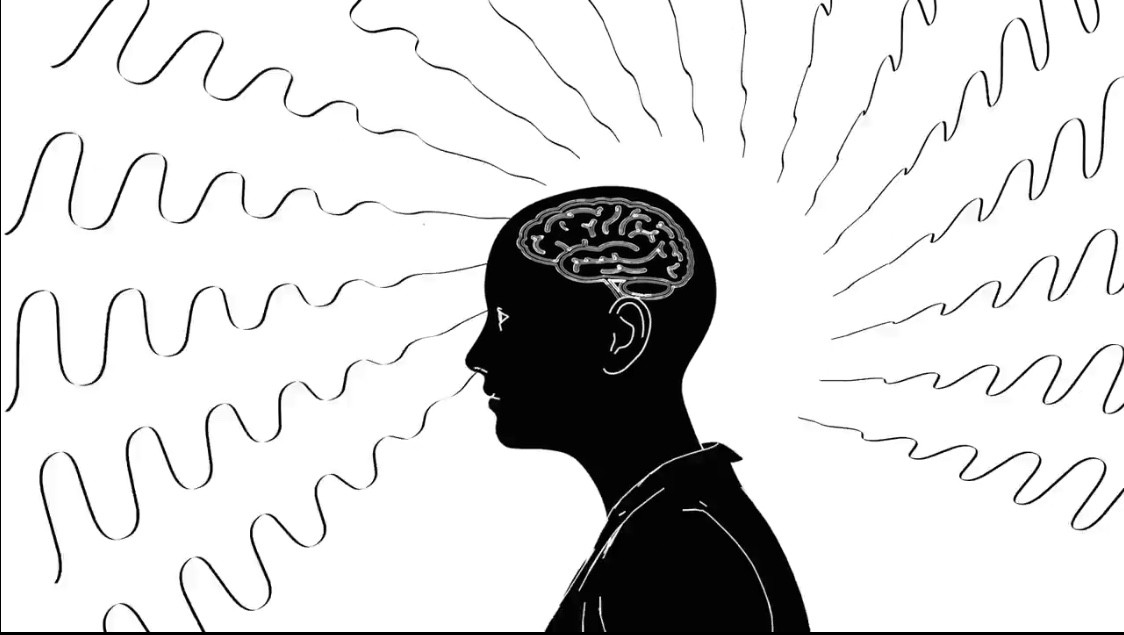 Reframing communication in a Pandemic World

This is some text inside of a div block.
Part 1 | The stories you tell yourself about yourself…