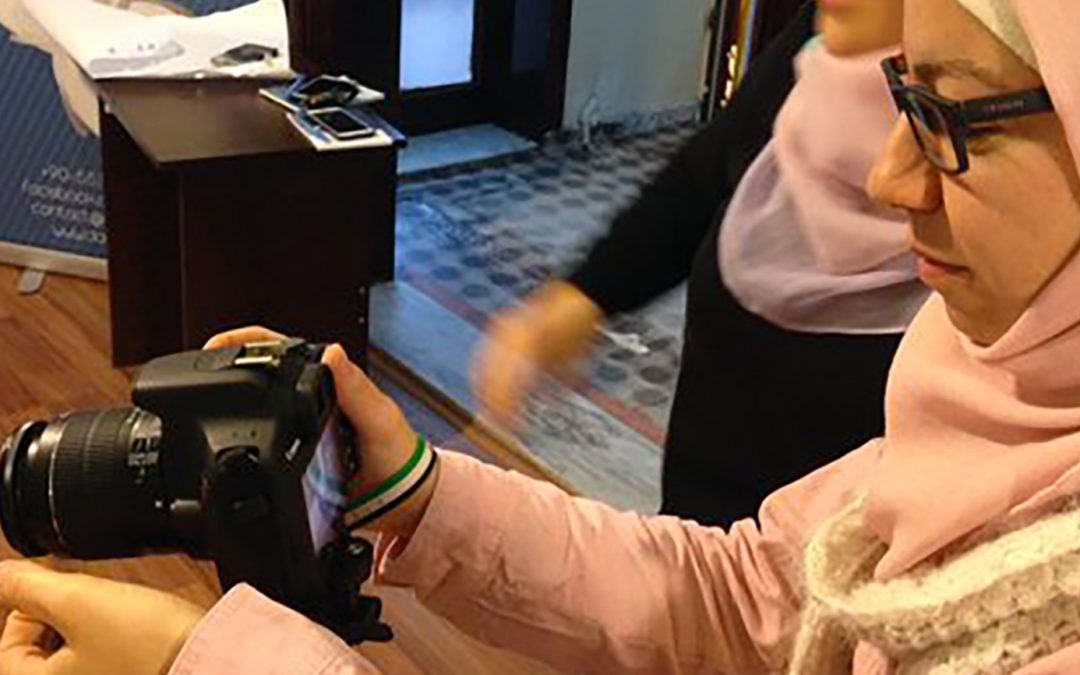 We sat on a bench under the sun conversing amidst sounds of young boys playing soccer and kids running to their next classes.This is seemingly a normal interaction that could be anywhere, like Central Park in New York for instance. But this was not a normal setting by any means. The bench we were chatting on was in a refugee camp.

This article was originally published by UNHCR on April 4, 2016.

We sat on a bench under the sun conversing amidst sounds of young boys playing soccer and kids running to their next classes.

This is seemingly a normal interaction that could be anywhere, like Central Park in New York for instance. But this was not a normal setting by any means. The bench we were chatting on was in a refugee camp. This was not a park with trees and grass and birds. This was Zaatari camp, where we are surrounded by tents and trailers enclosed by concrete walls and barbed wire. For 5 years now, Syrian families have taken refuge from a civil war that has metastasized across the region and claimed more than 200,000 lives.

The kids we hear were playing on a makeshift patch of turf, where there used be only rocks and dust. The Questscope NGO and UNFPA have managed to bring in a small patch of color to this otherwise binary landscape of grey and brown.

The person I am sitting with is one of the young  trainees I have been engaging while running the Ashoka Youth Venture’s #MeWeSyria program . But he is no ordinary teenage kid. He is a young Syrian who is raising his brother on his own and has his parents and siblings separated in numerous countries as a result of war. As a teenager, in one lifetime he has to play father, mother, and sibling for his younger brother.

We are taking a break from our MeWe session, which has been carving out youth-led spaces for self-expression, critical thinking, changemaking and creative enterprise for Syrian youth inside Jordan and Turkey.

My young friend informs me that he has also been taking trainings for clowning and the circus, and it is something he has grown quite passionate about. I am a bit perplexed at this. Clown trainings? The circus? Here, in this awful place? I grow to see that non-traditional programs like the independent circus workshops I discovered, and Youth Venture’s experiential engagements for unlocking youth-led spaces of social innovation and empathy all insert much needed emotional development and wellbeing support to otherwise technical programs that only teach reading, memorization, and repetition. The status quo approaches of teach, memorize, and repeat will not advance people and planet forward as we continue to live in a world where change is the only constant.

With #MeWeSyria for instance, youth are engaged in the process of storytelling as a way to discover their inner changemakers and strengthen capacities for building teams of teams culture, fluid leadership, empathy, and creative problem solving. The experiential process exercises open peer to peer communication and gives life and action to crucial social ingredients for well-being and sustainable peace.

Youth, and in particular marginalized youth such as Syria’s young refugees, should be equipped to step into their story instead of observing it from the sidelines where ISIS and failed politics dominate the narrative.

All around him, my young friend sees misery and reminders of loss.  But with unconventional programs such as the circus workshops and clowning, he steps into a character with a clear aim and purpose of making someone smile, and consequently he himself gets transported cognitively to a space where he must block out all the negative noise. He shares that by making someone crack a smile, he unlocks strength in others while also self-discovering it.

His younger brother had participated in one of the youth-produced #MeWeSyria projects last year. They had chosen to produce and direct a film about child labour and its impact on social development and education. I ask him what his brother is up to these days and he cracks a smile and says, “Gymnastics in the circus workshops. Want to see?”

As we approach the massive tent, a confetti of torn shoes and sandals littered the entrance.

I see more than a hundred Syrian kids doing myriad activities. Several are riding unicycles. Most are doing flips and tumbling. All are part of the ocean of loss and injustice and anger spawned by the Syria war which the world continues to enable.

Every youth I see in this circus are every day fighting to find something to do, to hold on to for hope and wellbeing. I was literally standing in a circus of hope in the darkest of places. I can’t think of anything more fitting to describe the tragicomedy of our world today.

My student’s younger brother sees us and immediately cuts the line of boys to show us his talents. He runs towards nothing and suddenly stops and leaps into the air twisting his body as if he were shot out of a canon. For a brief moment, the laws of nature and the failures of our world did not tether him to the desert floor. Just for a second, the laws of nature did not apply to this sweet, innocent kid.

We clapped and hollered and cheered. The other Syrian kids saw this and like a volcano there erupted an exhibition of anonymous talent. All the kids began pulling me aside to show me how they could defy nature and cut the air with their bodies.

I cannot stop playing these images in my head; not because of the talent in the room. It was the famine I saw in their eyes. Here I do not speak of famine in the sense of lack of nutrition. I speak of a hunger for stimulation, encouragement and hope. This was a tent filled with anonymous potential where each young person is a carrier of hope, innovation, love and resilience. Nothing is more sacred.

What haunts me is the uncertainty of whether our international community will nurture, or abuse or disregard all this anonymous potential. What will become of this beautiful potential?

For five years now the international community is still shaking its head, arguing what needs to be done. For five years politics, power, extremism continue to enable the failure of opening Syria back to its people. Syrian’s want to go home.

At this time, Syria’s refugees—its young changemakers—continue to defy nature and gravity as they every day search and cultivate hope, purpose and resilience. It has been a 5-year endeavor. This is fragile.

Now is an overdue moment where we must be the choir for Syria’s lost generation. No one  government—not Russia, Saudi, Iran or the US—can do this. It is everyday people working as a team of teams across sectors that can do this…from employers who can adapt hiring criteria to aid young skilled workers to universities who can adapt more responsive recruitment strategies for young Syrians who were in the middle of pursuing their degrees when the war started.

For how much longer can my student’s younger brother– and millions like him—continue to defy gravity on his own? If we lose this, we lose everything.

A resilient peace and the future development of Syria depends on all of us collaborating as a team of teams towards valuing and supporting Syria’s young change makers today by flipping status quo approaches to youth refugee engagement. Status quo systems enabled the persistence of the war in Syria as we know it today. Let’s together flip systems to raise up, not contain, Syria’s young changemakers. This will require us to apply the following approaches in our youth engagements:

This blogpost is a guest submission and is part of a series of stories on #MeWeSyria. The ideas expressed in guest blogposts are not endorsed by UNHCR/UNHCR Innovation. 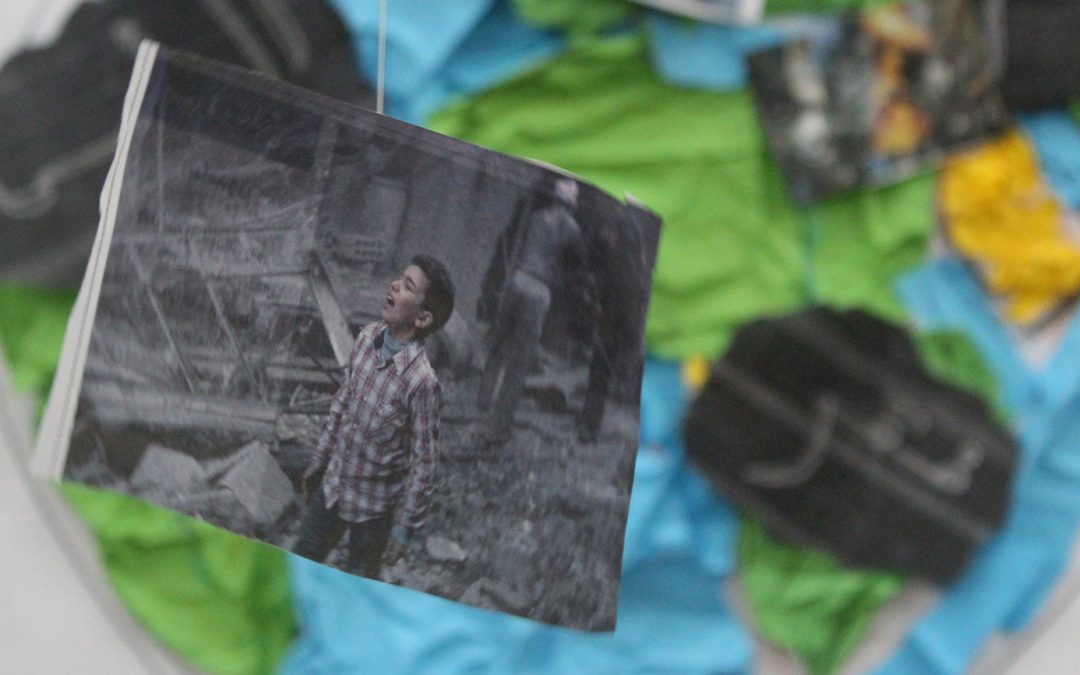 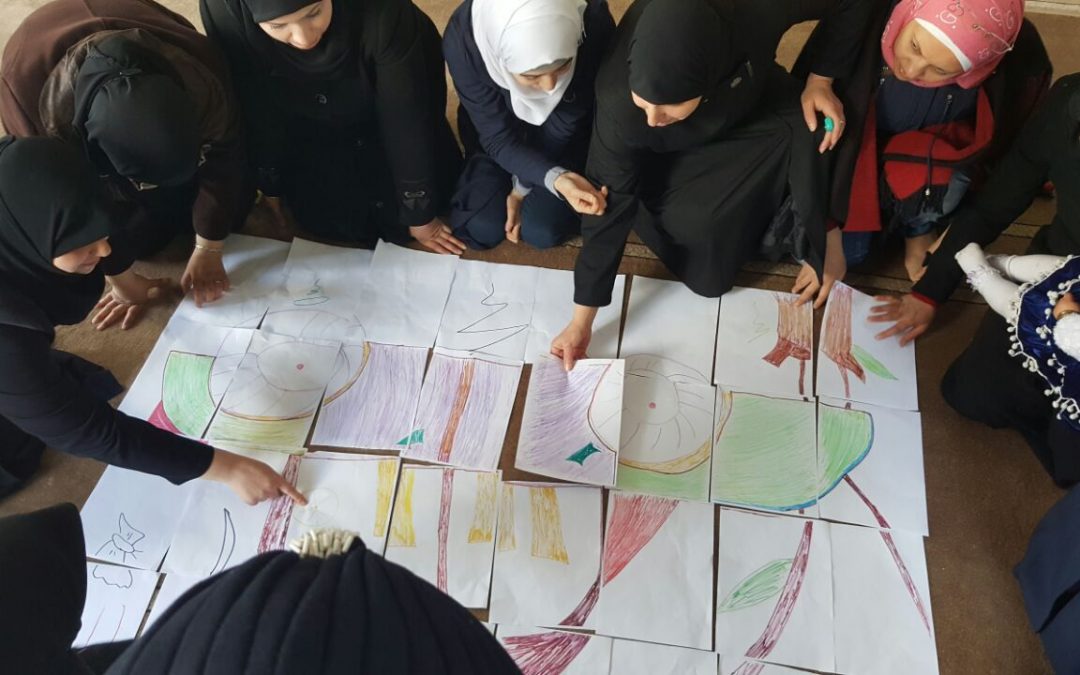 Integrating storytelling as a tool for healing and community building 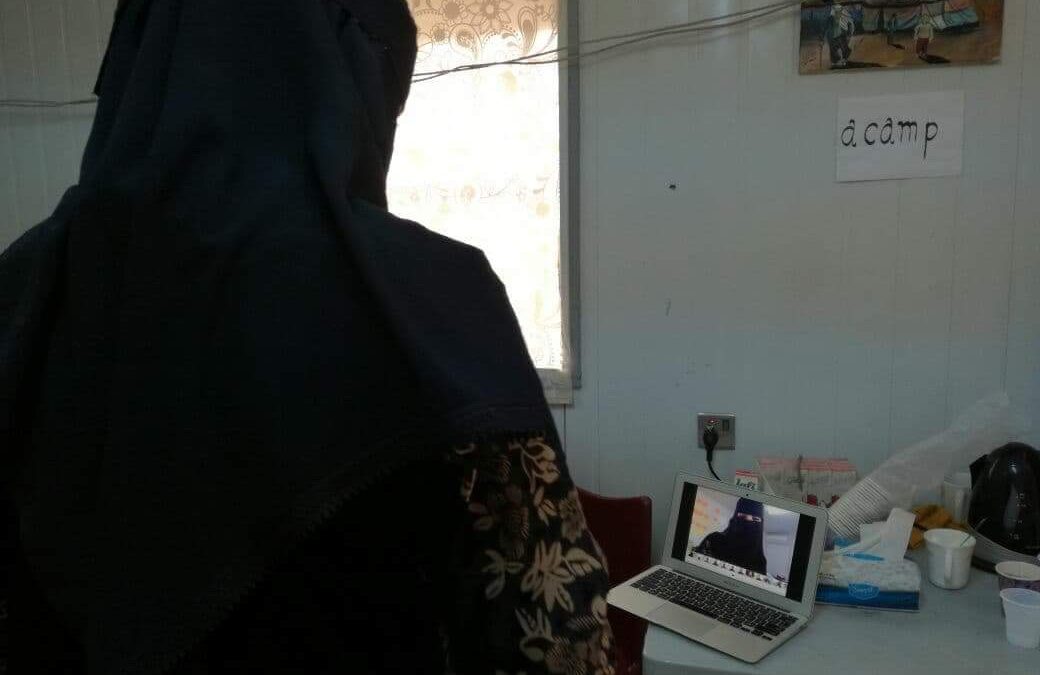 How connecting neuroscience, storytelling, and psychology can create measurable impact for refugee youth